Nipah virus and the potential for bioterrorism

Open in a separate window The detailed account of the first NiV outbreak in India Siliguri, West Bengal during has been published in two reports [ 536 ].

An outbreak of acute encephalitis occurred in Siliguri West Bengal town of India between January 31 and February 23, A total of 66 probable human cases and 45 deaths were reported. Later, the clinical material obtained during the Siliguri outbreak was retrospectively analyzed for evidence of NiV infection [ 97 ].

Analysis of the limited sequence data suggested that the NiV strains associated with the outbreak were more closely related to NiV isolated in Bangladesh than to NiV isolated in Malaysia [ 5 ]. In the Malaysian outbreak, pigs were the intermediate hosts.

NiV was isolated from fruit bats in Malaysia [ 16 ] Fruit bats with antibodies to NiV were captured in the outbreak areas of Bangladesh but no intermediate animal host was identified. In Bangladesh, NiV might have been transmitted to humans by direct contact with bats or indirectly by contact with material contaminated by bats.

Person-to-person spread was also noted during the NiV outbreak in Faridpur, Bangladesh [ 4596 ].

The range of Pteropus giganteus, one of the flying foxes commonly found in South Asia [ 72 ] includes West Bengal. Therefore, the range of the proposed natural reservoir for NiV extends into northeastern India. Since the geographical features of West Bengal are similar to those of Bangladesh, environmental circumstances that favor transmission of NiV to humans would also likely be same in West Bengal.

These data extend the previous observation that viruses circulating in different areas have unique genetic signatures and suggest that these strains may have co-evolved within local natural reservoirs [ 3579 ].

The cases presented mainly with fever, headache and bodyache with a few cases having episodes of vomiting, disorientation, respiratory distress.

However, Arankalle et al. They also amplified full-genome sequence of NiV nt from lung tissue that showed Epidemiological studies have shown that the virus could be transmitted from bat to human and from human to human. Wildlife studies have also shown that the virus was widely distributed in at least 10 genera and 23 species of bats in a large part of Asia and Africa. 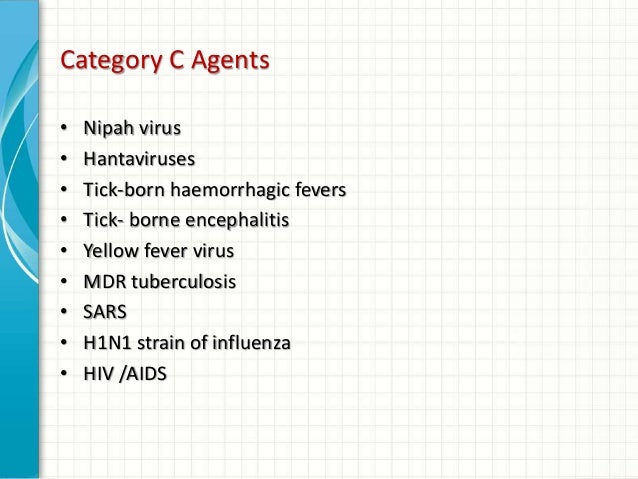 As bats are long distant flying, gregarious animals living in large colonies which could exchange novel viruses from one species to another, it is not unexpected that the seroprevalence of Henipavirus among bat colonies are relatively high.

Aetiology The NiV is classified under the subfamily Paramyxovirinae in the family Paramyxoviridae that comprises the five genera Respiro- Morbilli- Rubula- Avula-,and Henipavirus, as well as a group of yet unclassified viruses [ 55 ]. The genus Henipavirus contains two of the most pathogenic viruses known in humans, Hendra- and NiV, which were discovered only in andrespectively [ 145691 ] Due to its high pathogenicity, Biosafety level-4 containment is required to work with live NiV in laboratories.

The genome of Henipa group of viruses is large around nucleotides as compared to other members of paramyxoviruses due to an extended open reading frame of the P gene and to longer non-coding regions for all the genes except L gene. NiV does not have the hemagglutinin and neuraminidase properties as commonly found in many Paramyxoviruses.After completing this course, the learner will be able to: Define acts of terrorism and weapons of mass destruction.

Bulletin of the World Health Organization

Identify appropriate forms of personal protective equipment and decontamination for dealing with acts of terrorism. KERALA recently witnessed an alarming outbreak of disease epidemic caused by the Nipah virus, claiming more than 16 deaths in a short span of around 20 days.

Nipah virus . Nov 07,  · The emergence of Nipah virus (NiV) infection into the pig population and subsequently into the human population is believed to be due to changes in ecological conditions. In Malaysia, A major NiV outbreak occurred in pigs and humans from September to April that resulted in infection of and death of persons.

The Ebola virus epidemic in West Africa has implications for the world. Here is everything we know about the virus, and its spread, so far. Nipah virus, a newly emerging deadly paramyxovirus isolated during a large outbreak of viral encephalitis in Malaysia, has many of the physical attributes to serve as a potential agent of bioterrorism.

The outbreak caused widespread panic and fear because of its high mortality and the inability to control the disease initially. Nipah virus is named after the Malaysian location where it was first detected (Kampung Baru Sungai Nipah), is pleomorphic (varying in size from to nm), non-segmented, and has a single-stranded, negative sense RNA geWnome (2, 4, 11, 12).